A month of events focusing on the nationwide celebration of Black History, Arts and Culture in the UK.

Breaking Boundaries in STEM: Innovation and Diversity – How to be visible and succeed in your STEM career

About: Breaking Boundaries in STEM returns to celebrate Ada Lovelace Day and Black History Month. All students and staff are invited to attend the Faculty of Engineering and Physical Sciences next event in the series on “Innovation and Diversity: How to be visible and succeed in your STEM career”.

The Breaking Boundaries in STEM events are aimed at inspiring Undergraduate, Masters and PhD from underrepresented groups to undertake careers in STEM and further their leadership ambitions. Join us to hear inspirational stories from our panelists on how to be more visible, put your ideas forward, and make a difference to the world. The event will include an inspirational video to stimulate discussion, panel discussion, and a networking session with refreshments.

Vania is the co-director and EDI lead for the UKRI Centre for Doctoral Training in Artificial Intelligence for Medical Diagnosis and Care. Vania will chair the panel.

Roberta works as a manager for restructuring and deal advisory at KPMG. Whilst at University of Manchester, Roberta took an active role in promote diversity and inclusion through organising events for the African Caribbean Society and taking part in a peer mentoring scheme.

Penny graduated in July 2019 from the School of Computing, University of Leeds. She is currently working as a Software Developer at X-LAB. Penny also helps run the Code First: Girls programme and is a STEM ambassador.

Fouzhan worked as a Research Fellow in the School of Computing, University of Leeds. Fouzhan now works as a High Performance Computing (HPC) Application Analyst. She is passionate about diversity in STEM and was actively involved in Women in Leeds.

Jessica graduated in 2014 from University of Leeds, BSc Mathematics. Her PhD research is on mechanisms for aerosolisation of microbial particles from liquid surfaces – understanding fluid mediated transmission pathways of infectious diseases.

All students/staff from STEM subjects or with interests in STEM are welcome.

Please RSVP to the Eventbrite page.

Anarchism and anticolonialism in Portugal (1919-1926): Mário Domingues, A Batalha and black internationalism

About: This talk evaluates the resonance of the writings of the Príncipe-born journalist Mário Domingues in the struggle against Portuguese colonialism in the early twentieth century. Portugal once possessed a large overseas empire, including Domingues’ own homeland, the island of Príncipe, off the west coast of Africa. Domingues arrived at an early age in the capital of Portugal, Lisbon, and grew up there. He became politically active in the anarchist movement and in his early 20s began to publish in the newspaper of the movement’s trade union wing. Between 1919 and 1923 he published numerous articles in the anarcho-syndicalist daily “A Batalha” [“The Struggle”] on colonialism as part of a programme of anticolonial and anti-capitalist activism that was the earliest and most substantial campaign of its type of the time.

The contents of his work are analysed in this talk and the connections that he and A Batalha forged with black African organizations in Lisbon are assessed. It is argued that Domingues’ work represents an alternative to both nation-centred and Marxist-oriented programmes of anticolonialism and its study aids in the reconstruction of the contours of a radical and active “Black Lisbon” of the late 1910s and early 1920s in Portugal and sheds new light on the associational culture of black political struggles during the period. A discussion will follow on the interconnected nature of black, anticolonial and other political struggles of today. 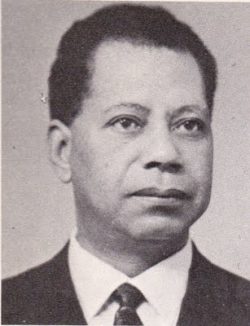 About: West African colonial subjects of the French Empire played a vital role in the French Internal Resistance (1940-1945). However, their contributions have been largely overlooked in historical narratives surrounding the Second World War. The research conducted by Farida over the summer alongside Dr Nina Wardleworth aims to tackle this omission, by identifying and telling the stories of West Africans who fought and played significant roles within the French Internal Resistance. This presentation will give some background of The French resistance and will cover Farida’s experience conducting research as an Undergraduate. Farida will also delve into the personal stories behind some of the individuals they were able to identify. The talk will be in the form of a prezi presentation, introduced by Farida’s supervisor Dr Nina Wardleworth.

Following this there will be a talk discussing the absence of black history within archives and what can be done to combat this. During her research of Napoleonic War Volunteers over the summer, Laidlaw Scholar Ciara Lawn discovered a lack of documentation of Black British men and women. This sparked a discussion of the lack of representation of black history, in both archives and the broader historical education. This talk will explore Ciara’s experience researching in the National Archives and present arguments around the importance of preserving black history, as well as why it is vital to introduce more black history to curriculums. The talk will be given as a PowerPoint presentation.

The talks will end with a joint Q&A session. This Black History Month, Leeds University Union are exploring a whole host of ‘Black &’ identities, see the full list of events on the LUU events page. Some highlights include:

Monday 07 October – Monday 28 October, 10:00 am – 5:00 pm
Location: Leeds University Union – Outside LUU
About: Each Monday in October, Black History Month is taking over the Farmers’ Market in front of LUU to showcase food, drink, art and more.

We have also listed some great external events being held in Leeds during the month: